In 2019, we were commissioned by SiGMA for the third time to take care of the branding for their iGaming Summit. One part of the job was to create a plane livery that would showcase SiGMA’s branding on Air Malta’s planes. The creative team came up with a design that included the diverse characters from the event campaign, that represented SiGMA’s aim to become the world's iGaming Village.

Guidelines from Air Malta were strictly followed in the design process. Few different design iterations were provided to the client. The end result was a colourful Mediterranean themed plane livery that ticked all the boxes and was ready for takeoff.

In 2019, one of SiGMA’s aims was to expand to all continents, to become the world's iGaming village. Keeping that in mind, we created diverse sets of characters and figures that could be used all together or as region-specific sets.

Our design team took these characters and figures and added them to the plane livery design. The plane livery literally carried SiGMA’s branding across the continents, so featuring the multicultural characters was an obvious choice, from both a marketing and aesthetic point of view.

Multiple design concepts were provided to the client. Each concept had its own variation and distinguishable features. The design team kept the ideas flowing until the client said “Bingo”!

The first iteration contained the SiGMA logo in a vertical orientation. As per Air Malta’s guidelines, the rear end of the aircraft had to have its own branding, so we excluded it from our design.

In this version, we implemented the SiGMA logo in a horizontal orientation. In order to adjust, we shrunk the text of SiGMA’s slogan “World’s iGaming Village” to a smaller size and placed it on a high contrast object to ensure visibility. The wings, turbine engines and the rear end of the aircraft were excluded from the design.

When choosing logo colours, the visibility of elements was the first thing in our minds. So we made the tests and provided our clients with a range of colour options that would make the logo well visible from a distance.

With an aim to provide the client with the best possible version of our work, we explored every design opportunity and examined all functional elements. All concepts had their unique sets of strengths. In the end, concept 3 was chosen as the best fit for the client’s needs. 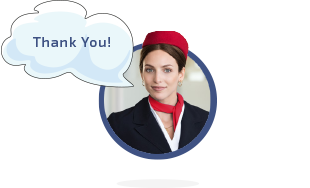